As ever, it has been an extraordinarily long time since my last post. I tend not to do much painting when I'm at uni (ferrying models and paints between homes can be a pain...) but I always manage to get some things done during the holidays.

So, while I should have been preparing for, and writing, the numerous essays which I had to hand in last Friday (don't, it was a hellish two weeks) I painted a set of miniatures for a friend of mine from a Star Wars boardgame called Imperial Assault. We've yet to play it, but it looks like great fun... 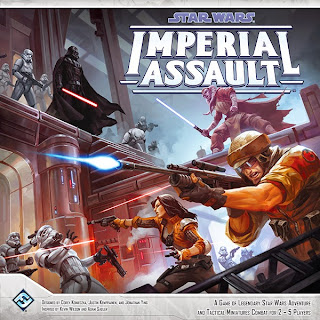 Unfortunately, I gave a lot of the models back to their owner before I thought to take a picture of them for the blog, but I did get some snaps of the 'heroes' and the AT-ST walkers, which were a joy to paint!


The heroes are really well sculpted (mostly) and convey a lot of character. My favourite is definitely the Smuggler in the middle - great pose and a very cool jacket. Not too sure about the General chap (back row on the left) - his pose seems a little "brap-brap-gangsta-pistol" to me... 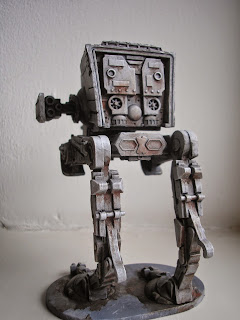 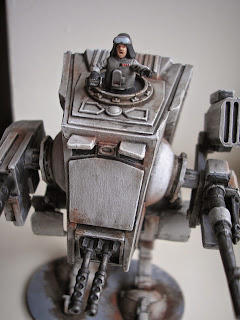 The walkers were really good fun to paint. There's obviously not a huge variety of colour choices because they are... well, grey. I really enjoyed adding the weathering though, and grey is a grey-t colour to weather - all that dirt and rust and grime shows up really nicely.

Unfortunately, the little bloke poking his head out is pretty awfully sculpted, to the point where his face begins to resemble an amorphous blob. This is, however, my only criticism of these guys and it doesn't ruin the model or anything like that - the details on these walkers is great and painting them was a great little trip down memory lane.

Hammer Arm Studios is an admittedly poor and un-inventive name, but it's better than nothing. My name's Ollie and this is a place to show you the commissions I have been working on, as well as the additions to my own collection.
If you have any questions or would like to talk to me concerning commission-painting, drop me an e-mail at hammerarmstudios@gmail.com.